In a moment, Ill reveal the biggest prediction Ive ever made in Tomorrow in Review.

First, I want to show you why Im finally ready to go public with this huge prediction.

Go ahead roll your eyes. Laugh out loud. Ill wait.

Now Ill show you why Pokmon Go is the future. And why the tech behind the hottest app of 2016 could make you huge new wealth.

The game uses geolocation on your smartphone to put Pokmon characters in the world around you. You capture these characters as you move around.

Digital information blended with the real-world is Augmented Reality (AR).

Augmented Reality is the digital world blending seamlessly with the real world around us.

TechCrunch says VR and AR together will be a $150 billion a year business by 2020.

Even better, it took Pokmon Go less than two weeks to be downloaded onto more than 5% of the Android phones in America.

As you read this, its probably close to 10%.

Thats one Android phone in ten in America, in less than two weeks.

And it only took two hours to become the #1 download at Apples iTunes store.

Plus, as of yesterday, Pokmon Go has already broken the record for peak daily active users at over 20 million - besting the record set by Candy Crush Saga in 2013. 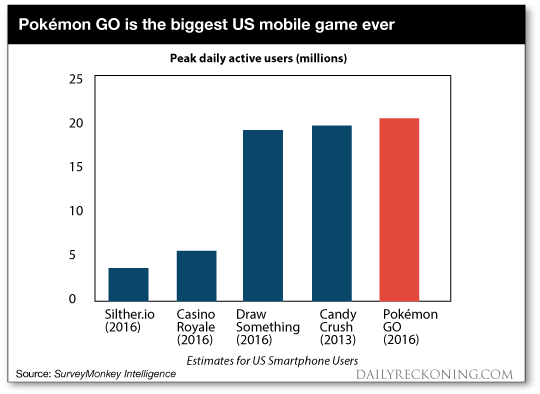 In two weeks, Pokmon Go is the biggest US mobile game in history.[/caption]

Not impressed? Heres a deeper look at why Pokmon Go is the future.

Pokmon Go means Google gets a second chance at Google Glass. It means Googles $500+ million investment in Magic Leaps VR / AR platform could already have millions of AR-familiar users when it debuts.

Google Glass Version 2 will eliminate the smartphone and make AR part of your everyday life. No adoption curve. No explaining why ARs amazing. Just world domination from day one.

Truly widespread AR will be the biggest thing since the launch of the iPhone or the introduction of the personal computer. Itll have profound impacts on medical research, business travel, art, and education.

But were just getting started

Plus HTCs Vive, Samsungs Gear, and Facebooks Oculus all get more exposure, interest, and attention. Watch the news in the weeks ahead and see if Im right.

It means VR and AR are here to stay. Here, today, now, is our breakthrough moment. Thank you, Pokmon.

Nintendo stock (the company behind Pokmon) doubled in the two weeks since the games launch, according to CNET. The move added over $9 billion in market cap.

CNN Money reported investor interest in everything having to do with mobile gaming also spiked in the wake of the Pokmon Go launch.

This is all in the last two weeks.

And while the future might look like Pokmon today, rest assured AR tech will only grow from here and spawn dozens of enormous investing opportunities in the months ahead.

In fact, Im going to go on record right now with a prediction. A big one.

What I mean is, we could be on the verge of another 5-7 year bull run in the markets. One fueled by compounding tech advances. Sure, therell be bumps and corrections.

But the trend is up. And tech will lead the way.

You can bet every app developer, game company, and device maker from Shanghai to Silicon Valley is paying attention to what happened in the last two weeks.

This time, instead of Yahoo and AOL a new generation of tech stocks will lead the way.

If the opportunities Im finding every day are any indication, were in for one heck of a profitable ride.

The Final Round in the War on Cancer

After decades of false starts and dead ends, were close. Close to ending cancer. Closer than weve ever been before. Ray Blanco has more 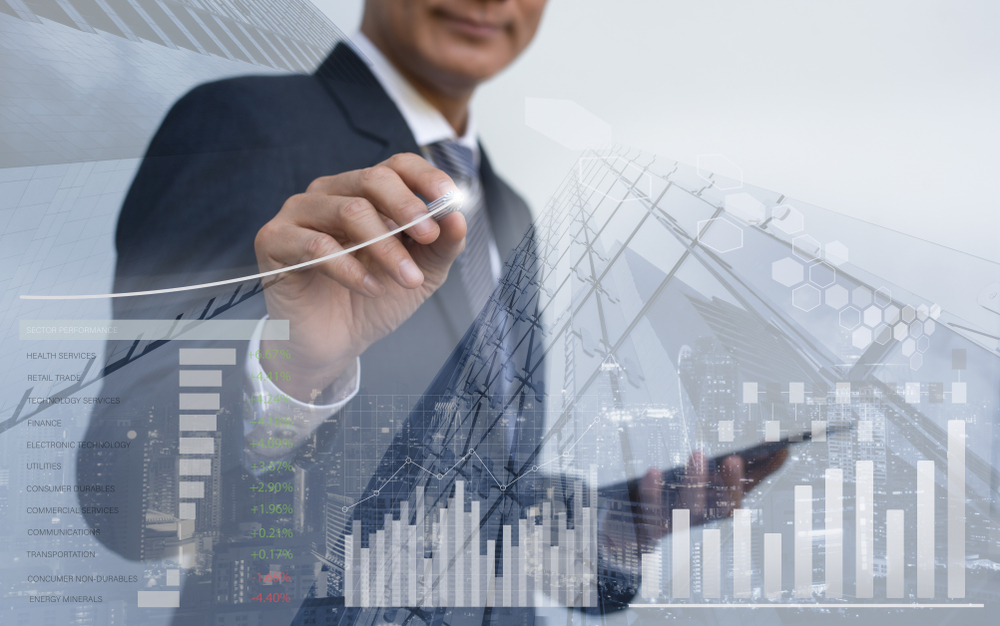