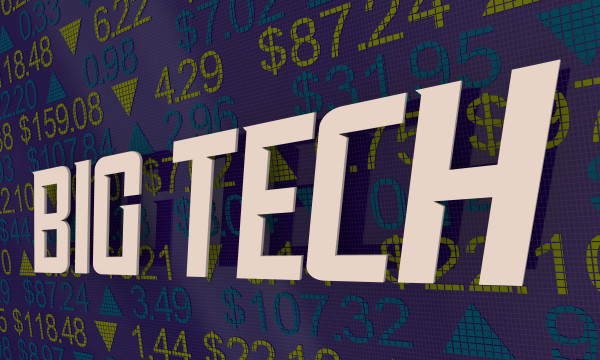 So far, it’s been a rough year to be a tech investor… The NASDAQ composite had fallen about 21% in 2022. Individual tech giants like Amazon and Google also experienced double-digit losses.

But many tech stocks remain among the most popular with individual investors who are excited about the potential for a rebound.

Toward the end of July, tech stock purchasing from individual investors was at the highest levels seen since around 2014, according to data from Vanda Research.

Individual enthusiasm for a tech rebound is starting to ramp up even though tech stocks have taken a beating this year.

And those bets are only growing, hitting a new peak as of late July.

This renewed investor confidence may be early signs of a new tech rally.

Do you have a drawer somewhere in your house that’s full of old gadgets and tech devices that you couldn’t bring yourself to throw away? Well, you’re not alone.

Due to the rapid innovation happening in consumer technology, there are new devices to pick from almost every year… sometimes even sooner.

But, what happens to all that old, discarded tech?

The result is a tsunami of electronic waste, also known as e-waste.

On both quarterly and yearly metrics, investment dollars dropped big time for space startups in Q2.

However, much of the space industry works in the long term and is mostly made up of private companies. Investors will likely keep a watchful eye on the public market and adjust strategies.

Still, there’s no shortage of space travel innovation out there today.

We finally got some movement on two slow-moving government efforts that could have a meaningful and wide-ranging impact on emerging tech here in the states.

The first is the CHIPS+ act, second is the Inflation Reduction Act (previously the Build Back Better Act).

Hopefully, we’ll hear more about these bills in the coming weeks.

Apple has relied heavily on China over the past two decades for many of its production needs.

However, there are now several issues popping up in an otherwise mutually beneficial relationship.

Many of these issues stem from China’s frequent lockdowns due to Covid. During Apple’s latest earnings call, CEO Tim Cook stated that China's supply chain slowdowns could cause a nearly $8 billion hit to its business in the subsequent quarter.

But Apple is having a tough time leaving China behind.

I have a new place to call home…